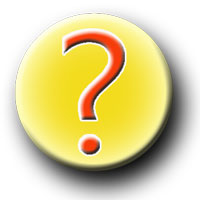 I am on a secret project for a client and it involves me doing some food experimentation.  I can’t say much since it is hush hush, however, it is fun to play around again with spices, seasoning and different flavor combinations.

I could use your help though.  What have been your favorite foods when grabbing dinner on the road or cooking at home?  Is spicy your new thing? Are you enjoying the new dinner entrees that include a fruit component? How about nutrition – is that on the top of your list?  I just really want to know what is important to you!

Did you know that Sliced Tomatoes need refrigeration?

There is a lot of information out there on how to avoid foodborne illness during a power outage. Many people and businesses up and down the east coast are without power today thanks to Sandy. I have read quite a few blogs, twitter and Facebook posts that suggest things like, your food is okay for 12 hours if the door is not opened or it is okay if you cook it first.  Both not always true.

It all comes down to time and temperature.  Bacteria need time to grow and when the temperatures are more favorable they grow faster.  Bacteria that comes from humans, like Staphylococcal Gastroenteritis (30-50% of healthy humans have Staph in their nose) and Norovirus could have been transferred to the food by a family member.

If you power comes on and you are not home to check the temperature of the food at its worse then assume the worse and throw it out! 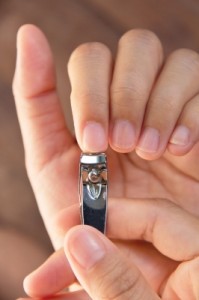 Keep nails trimmed short, do not wear nail polish and NEVER wear fake nails. All employees that handle food need to have good personal hygiene and it all starts with good nail care. A food handler can not properly clean under the nails if they can not see what is there. In addition finding a physical contaminate, like a fake nail, in your food not only bad for your bottom line imagine if someone chokes on it.

Bottom Line: If you are an employee keep your nails short and trimmed. Employers – require your employee comply with the law.

Kroger Co announced in a press release dated October 19th that they will stop selling raw sprouts on October 22, 2012.  I have talked about the risk of sprouts when teaching  ServSafe® Food Manager courses.  Sprouts have a long history of recalls and illness.  In a USA today  article by Elizabeth Weise the following list of recent large recalls were noted:

Of course we can not forget  the largest outbreak linked to sprouts.  Go back to 1996 in Japan, when 6,000 people got sick and 17 died 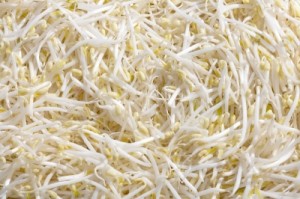 Why are sprouts so dangerous?

It comes down to how they are grown.  In a warm, moist environment.  The same environment that is perfect for the growth of bacteria.  Salmonella and E. coli are the two most common bacteria related to outbreaks.

How can the bacterial growth on sprouts be prevented?

Good question. The simple answer is nothing is working.  Chemical treatment is still ineffective and many sprout proponents do not like the idea of treating sprout seeds and beans with chlorine.  Heat is another method for reducing bacteria.  However, that would terminate the germination process.

Wal-Mart removed sprouts from shelves in 2010 and I believe that more companies will continue to follow suit.

More technical information for retailers and growers can be found on the FDA website. 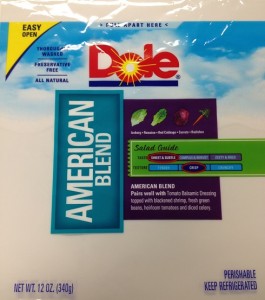 On October 17, 2012, Dole Fresh Vegetables voluntarily recalled a limited number of cases of Dole American Blend salad in 12 oz. bags, coded A275208A or B, with Use-by date of October 17 and UPC 7143000933, due to a possible health risk from Listeria monocytogenes. Dole Fresh Vegetables is coordinating closely with regulatory officials. No illnesses have been reported in association with the recall. 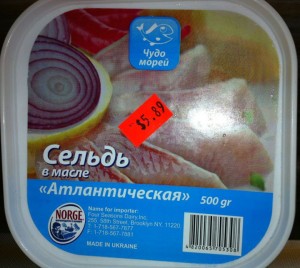 A voluntary recall was issued on October 10, 2012 by Four Seasons Dairy Inc, 255 58th St, Brooklyn, NY 11220.  The product being recalled is Herring Fillets “Atlantic Recipe” in oil in 16.66 ounces/500g because it may be contaminated with Listeria monocytogenes.

The product comes in a 16.66 oz/500g clean plastic tub with an expiration date of 12/11/12 stamped on the bottom. The recalled herring fillets were distributed nationwide and are a product of the Ukraine. No illnesses have been reported to date. 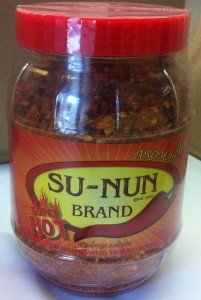 October 12, 2012 – S & P Company, Limited of Paramount, CA is recalling 150 cases/1,800 jars of Su-nun Crush Roasted Thai Red Pepper, because it has the potential to be contaminated with Salmonella.

The Su-nun Brand Red Pepper was distributed in the Los Angeles Area Grocery stores (between July of 2012 to October 2012) including Bell and Long Beach, Rockford, IL, Phoenix, AZ, Omaha, NE and Brooklyn, NY.

The Su-nun Brand Red Pepper ‘Super Hot’ 10.58 oz. is in Flake form packaged in a clear plastic jar with a red plastic screw-on lid. There is a clear plastic heat shrink and red and yellow label. Bar code 659613000770.

On October 13th a voluntary recall was announced by  Nature’s Recipe brand  recalling a limited supply of Nature’s Recipe® Oven Baked Biscuits with Real Chicken, manufactured in one of its U.S. production facilities. The risk is Salmonella.

Many people do not realize that if they touch the contaminated biscuits and do not proper wash hands they are at risk of the contracting the bacteria as well.  Always wash hands after handling pet food or treats.  Don’t forget about making sure our little helpers are washing hands as well. Children 0-4 are more likely to have medical complications from coming in contact with Salmonella Bacteria.

The specific items recalled are: 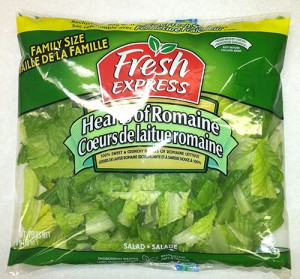 The reason for the recall is the specific risk of Salmonella which was found on a sample taken.  All product has been removed from shelves however, consumers may have product still in refrigerators at home.

Physical Contamination refers to something that is in the food that does not belong and in this case Kellogg’s has issued a voluntary recall due to the possible presence of fragments of flexible metal mesh from a faulty manufacturing part.

Recalled products include only Frosted Mini-Wheats Bite Size Original and Mini-Wheats Unfrosted Bite Size with the letters KB, AP or FK before or after the Best If Used Before date. Products impacted are: